Mount Santubong is situated on the Damai peninsular about 35 km north of  Kuching and take only about 45 minutes to reach from the city centre. Many travellers staying at the nearby hotels and beach resort are not aware of this gem of a mountain at their virtual doorstep.

Although at only 810 metres high, Mt Santubong is a "single rise" mountain with a short range out of a relatively flat terrain by the sea, hence its impressive facade as you drive towards it from the city. In fact, it looks rather intimidating in part due to its extreme steep slope especially near its summit. 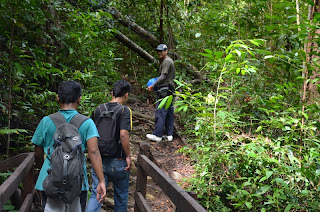 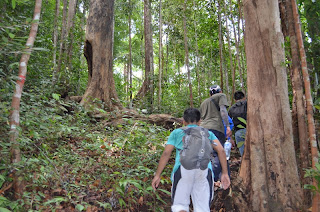 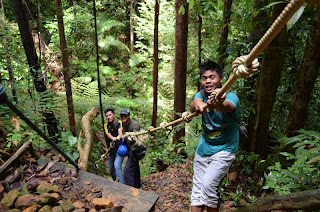 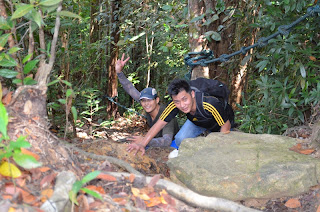 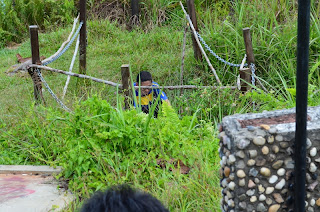 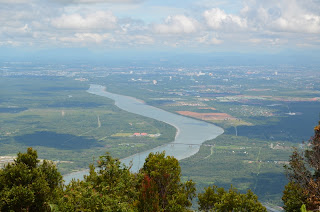 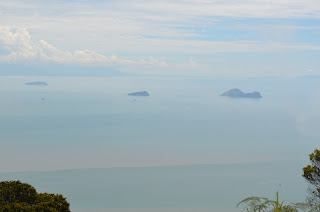 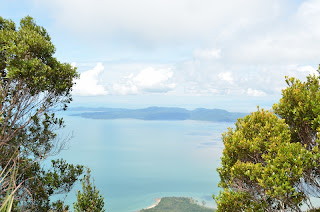 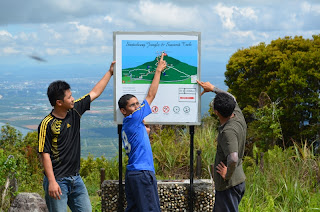 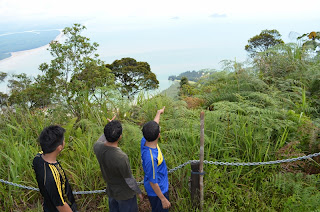 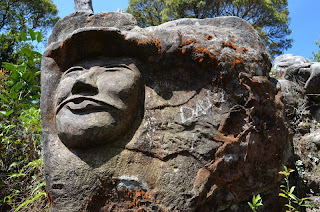 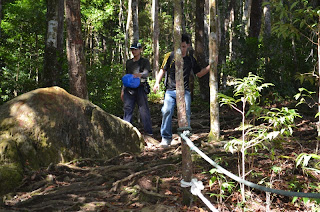 Posted by Syed WhooseKnow at 5:18 AM